This is one of those holy roots that has a whole lot of documented uses since ancient times, as well as being revered by the modern scientific community. He Shou Wu, Polygonum multiflorum, is a popular herb in traditional Chinese medicine. Commonly known as He shou wu in China and Fo-ti in North America, studies have shown this herb to be beneficial in the treatment of cancer, supporting diabetes, hair loss, hardening of the arteries, and neurodegenerative diseases. Traditionally, it's also revered as a spiritual herb, known amongst monks and healers to boost spiritual potency.

Healing Benefits of He Shou Wu found in scientific studies:

- Anti-inflammatory: The TSG and emotion in Fo-Ti has been studied for its decrease in inflammation. Emodin protects microglia cells in the brain from inflammation due to lipopolysaccharides through AMPK/Nrf2 activation [R].

- Promotes Immune Function: The sugars (rhamnose, arabinose, xylose, and glucose) and anthraquinone glycosides found within Fo-ti can improve immune response and overall immune system function (immunomodulatory effect). Fo-ti boosts the immune system by increasing the production of T and B cells, and improving the activities of the immune cells, as well as increasing the secretion of the inflammatory tumor necrosis factor. Further, Fo-ti increases the activity of natural killer (NK) cells [R, R].

- Anti-Viral: Fo-ti exhibited anti-HIV by preventing the virus from entering lymphocytes in a cell-based study [R].

- Neuroprotective effect: Studies show that it may help with Alzheimers Disease

The best-known toxicity of P. multiflorum is the induction of hepatotoxicity (liver damage) when used in very high consistent doses.

Several cases of hepatotoxicity due to P. multiflorum have been reported in patients from Australia, China, Italy, Japan, the Netherlands and Slovakia who were taking the product for hair loss, chronic prostatitis or to boost the immune system [R, R, R, R].

The main chemicals responsible for the hepatotoxicity of P. multiflorumare free anthraquinones such as emodin and physcion [R].

He Shou Wu 10:1 extract powder; prepared by the traditional method with black beans. It does not contain any fillers or additives!! Be aware that many Fo-Ti's in the market contain maltodextrin.

*semi wild roots, sustainably grown in a small farm in China from an authentic source in Yunnan.  A very pristine and indigenous area to China where He Shou Wu thrives.

Commonly known as He Shou Wu in China, it is a holy root that has documented uses since ancient times, as well as being revered by the modern scientific community. It has been found to be beneficial for supporting diabetes, treating hair loss, improving heart health, improving digestion, and even has anti-cancer compounds. 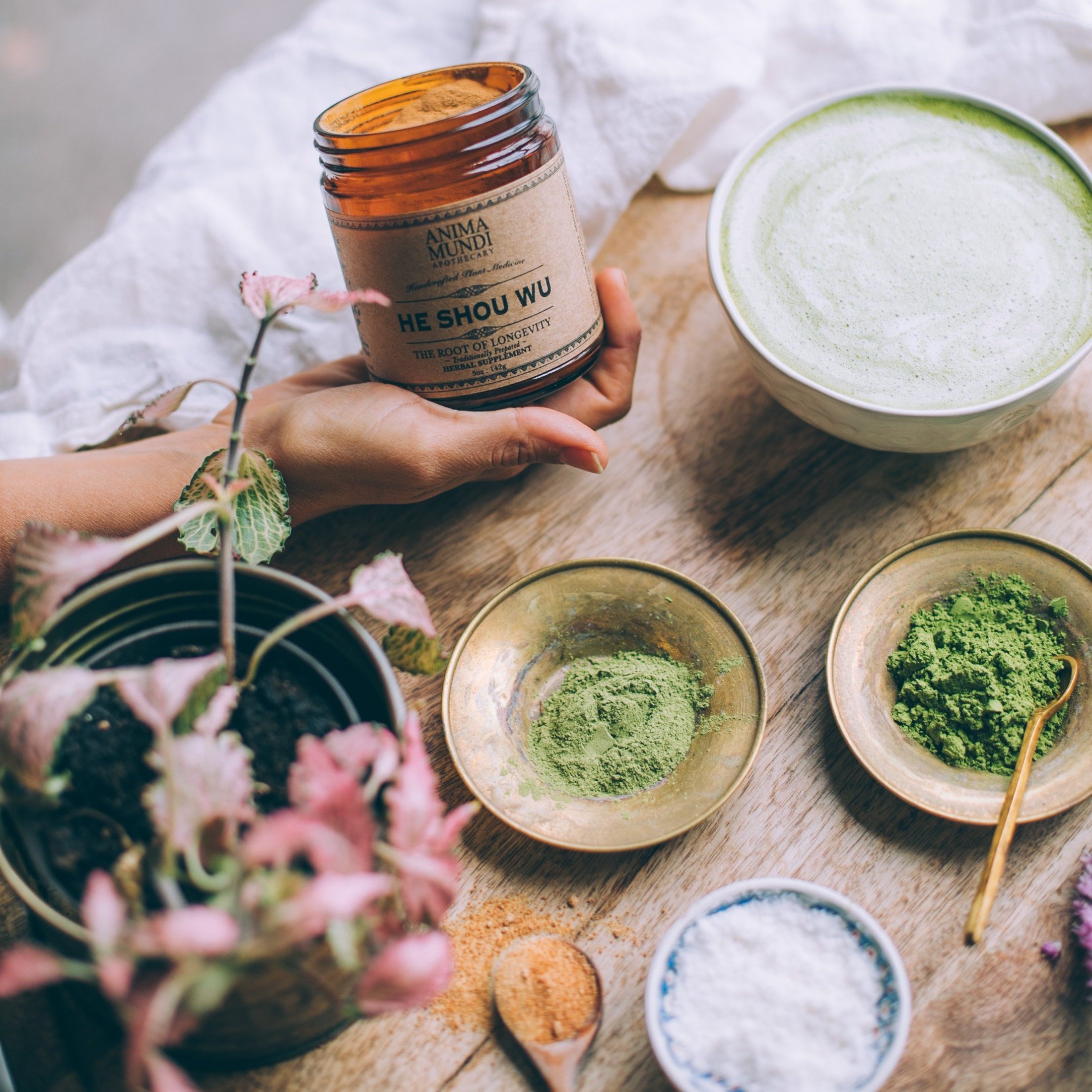